Before getting into what I thought of the latest Star Wars movie (Rise of Skywalker) I want to provide some context on the type of Star Wars viewer that I am. I think that is a necessary view for understanding whether anything I say is likely to apply to you or not.

I’m very much a casual fan. I enjoy a new Star Wars movie release. I’ll typically go see them at or pretty close to the day of release, the Solo movie notwithstanding. Although I did later see that as well, and didn’t find it nearly as deserving of the flak it received to my mind.

KoTOR I and II still to this day rank amongst my favourite games. I have an interest in watching The Mandalorian at some point soon (very likely over these holidays before I return to work).

But I haven’t read any of the books. I couldn’t tell you what is or isn’t canon. I’ve not seen, nor do I have any interest in experiencing the wider universe introduced via the the cartoon series.

In short: My take on ‘Rise of the Skywalker’ is more about what I thought of it just as a movie. I have no view (or way of forming a view) on whether it or the events leading up to it in the prior movie(s) ‘broke’ Star Wars.

So… What I Thought?

… It was OK, I guess. I didn’t hate it. (I also didn’t hate Episodes I-III though. Or Solo, as previously noted. So YMMV.)

I was just left feeling incredibly ‘meh’ about it. It didn’t make me feel anything throughout, despite there being a few moments clearly designed to.

That’s not to say there weren’t any cool or surprising moments. There absolutely were. But they never quite rose to the level I would expect — or hope for — from the wrap-up to a 9-movie saga. There was no emotional resonance from the pits of despair through to the highs of joy. I’m uncertain whether to place the overall blame with the script, the actors’ delivery or just my own state of mind.

But whatever it was — the emotional content while clearly signposted, wasn’t executed well at all and fell completely flat.

I enjoy the rule of cool as much as the next person. Light sabres? X-Wings? Force users? Fleet battles? Explosions? Neat. Checks the ‘cool’ box many times over.

I almost (almost) feel like if they’d just Michael Bay’d up the entire movie we’d be in a better spot now. But the very fact that they attempted … some of what they attempted (difficult to talk around in a no spoiler review!) … and did it so poorly left us in a weaker position over all.

So overall? In my view, it was an OK movie, a great social outing, and a disappointing way to wrap up a 9-movie saga. No Escape for Tarkov 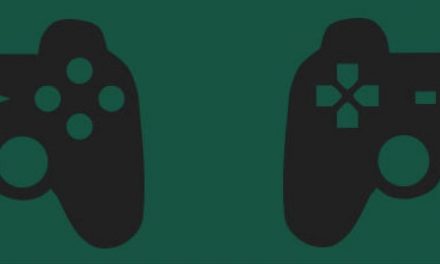 Secret Santa for… Shoot the Rookie!