Some of my earliest PC memories revolve around Flight Simulator 5.0. I didn’t believe in manuals at the time, so my time learning the game initially consisted of hitting all the buttons across the keyboard working out which ones appeared to change anything.

The very first time I managed to take off in a Cessna from the default airport (I think in New York?), do a loop around the air field and land again with all my virtual parts intact came with a huge sense of appreciation.

I never really followed the flight simulator genre much beyond that. I jumped into some of the combat ‘sims’ (although these were typically more arcade than anything else), and I did take a punt some 13 years later with Flight Simulator X.

But it was a short lived attempt as my PC at the time didn’t really handle it so well.

I’m now wondering whether Flight Simulator 2020 might put my computer — especially in context of the new super ultrawide — in a similar position. I missed the announcement from this year’s E3 entirely. Had I not, I might have felt a bit differently about it all.

It looks simply amazing, and the technical wizardry and actual degree of simulation going on is even more mind-blowing. Not least of which is the fact it draws upon the over 2 petabytes of real world mapping data and imagery from Google Earth, wait- no. Bing?! I had no idea they were also capturing such information.

Anywho. It allows for a ridiculous degree of accuracy, down to the centimetre level! Weather and wind maps will be similarly used.

There will be some procedural generation too to render the necessary definition for the flora and fauna of the world, just… It really all goes to show how far we’ve come in our lifetime.

I can’t wait to give it a spin on this screen, hopefully without needing to upgrade anything else. Although… I don’t currently have any form of joystick. So… Perhaps it will be time to invest in one of those. I could also use it for Elite: Dangerous and — if it ever actually comes out in a worthwhile form — Star Citizen, after all! :D 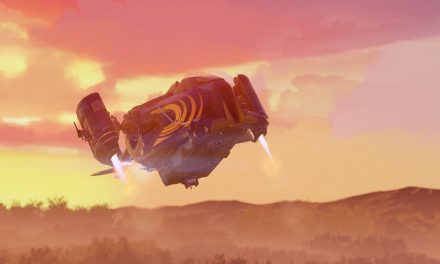