Two weeks down. Two to go. Has anything entered my sphere of awareness that may threaten to break me out of the Five Game Challenge early? … Well, no, as it turns out. Warframe has taken over my play time to the extent that I’ve not meaningfully touched XCOM 2 or Rimworld yet. The Elder Scrolls Online, not at all.

In fact, unlike the last Looking Forward post on Day 7 there isn’t even anything of particular interest for when this challenge is add. At least — not without actively stopping to think about it.

Doing so comes up with just two titles. One I’m definitely keen in, the other more of a ‘Eh, maybe? Will wait and see’.

I don’t think anyone expected, when we started the wild speculation many years ago, that Death Stranding would turn out to be a walking simulator. Courier-man, the game, the post-apocalyptic version.

Sure, we were a courier in Fallout 3: New Vegas too… But… But this has ended up being all about the deliveries.

I will admit, when I saw the first snippets of gameplay I was perplexed. I assumed it could only have been a teaser. There had to be more. And while in a way that’s true, in that there is a lot more depth to the experience, ultimately that’s still the ‘game’.

There’s a good chance at the end of this challenge I’ll go ahead and pick-up the PS4 version. That isn’t my plan though. My plan is to wait for the PC version. But hoo boy the internet is going to become an absolute minefield of spoilers in the coming weeks and months, I think.

I’m not optimistic about this. Not even cautiously optimistic. I just want it to be good.

But mostly I fear that what I want — i.e., another KoTOR experience — isn’t even really what this title is setting out to do. It seems to be a far more linear, guided down a specific path, experience.

That isn’t necessarily a death knell for the game. I can take in a linear adventure and be happy too. Just… I don’t know. I guess we’ll see?

If it ends up being included in the Origin subscription service, I will undoubtedly give it a shot. I still have until February on my year’s subscription that I picked up for Anthem.

Fingers crossed we get something decent out of this.

But that’s enough for right now. Back to Warframe. ;D 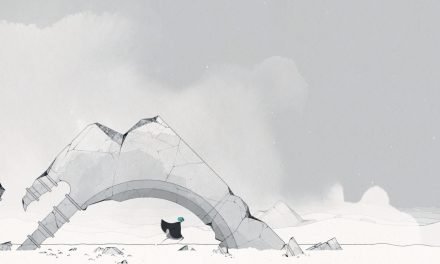 Going on a Short(?) Story Game Kick with Gris 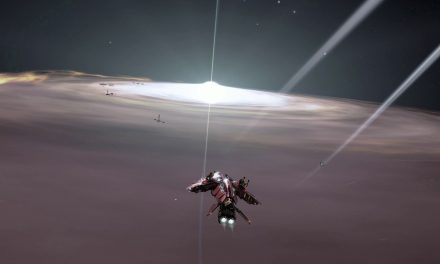