I’ve finally finished Hellblade: Senua’s Sacrifice. I picked it up in June, with an early purchase of the July Humble Bundle, but it has been out since August 2017. It was a game that, since it came out, I had often found myself on the cusp of purchasing.

I was intrigued by the premise and degree of care seemingly taken with the subject matter of mental health. Ninja Theory — the studio behind Hellblade — went to the lengths of hiring psychology experts to consult on their depictions of the psychosis Senua deals with.

Add to that a healthy dose of Norse mythology, and Hellblade: Senua’s Sacrifice was in my cart with the mouse-pointer hovering over Purchase time and time again.

What held me off were reports from some reviewers I typically found myself in agreement claiming that the runic puzzles were often finicky and frustrating, with the combat poorly implemented and also frustrating.

Suffice to say — this was not my experience.

And further, in retrospect — I feel that to focus on these aspects would be to miss the point.

It is difficult to tell throughout the story of Senua’s journey just how much of it is ‘real’ (drawn from the Norse mythology) vs. what is exclusively in Senua’s mind.

There is a great deal suggested and said without it ever being explicit. That which is told to you direct typically serves not only in moving the story forward but in causing you to rethink what has come before.

Much of the abuse Senua suffered at the hands of her father, in his attempts to ‘cure’ her is never made explicit. But by the end I was left to wonder how many of the trials Senua went through were reflective of these experiences.

Kaylriene recently wrote a more complete review of the overall experience, so I’ll point you his way for that. But before I wrap up, I would say that the themes contained within this 6-7 hour experience are handled with exceptional care and power.

Perseverance. Denial. Acceptance. Even in the culmination of Senua’s power — her defiance in the face of Gods (real or imagined). Pushing through the pain to beat back the darkness — there is an acknowledgement that the battle is constant. That sometimes those who suffer in this way can fight so hard just to keep head above water. *shakes head*

If you haven’t had a chance to experience Senua’s Sacrifice yourself yet — you should.

I don’t know yet how we get from the ending of this tale to the beginning of the next, shown in The Game Awards trailer — but I cannot wait to find out. 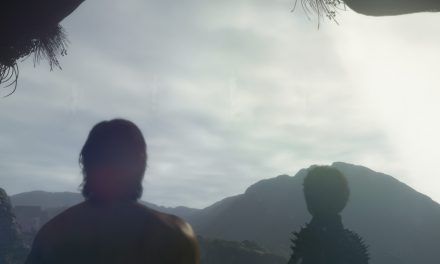